SadSquare Studio’s Kickstarter-fueled Visage starts with a bang and never lets go, ratcheting up tension and delicious dread. For fans of horror games, Visage is a nightmare that you can’t miss; it’s the scariest game I’ve ever played. Through effective use of a chilling atmosphere, rising apprehension, and just the right amount of shocks and surprises, Visage is the haunted house from hell that scares your socks off. While the game suffers from poor inventory implementation and some of those indie “jank” bugs where you might get stuck in an environment or fall through the world, those annoyances can’t shake the fact that Visage does terror incredibly well.

You begin the game in a house without a real sense of what is happening or any real goals. The hands-off approach toward discovering it’s many mysteries could be off-putting for those looking for guidance, but wandering the haunted halls without instruction is extremely effective as it builds up from flickering lights to shuffling spectral aberrations. It surprised me that after many hours of play I would still find excuses to explore well-lit segments of the house instead of heading down to the basement, even though I had already spent tons of time down there. A testament to the game’s strength is that even a mundane laundry room or TV nook can induce trepidation. From a beguiling cat clock to an incessant radio that loves to turn itself on, there’s enough disturbing flavor in the normal objects you find in the house.  Is there something in the dark there with you? The answer is … sometimes. And that question kept me on edge, always. Then, things get weird. The walls begin to ebb away, impossible designs and architecture appear, and new worlds open up. 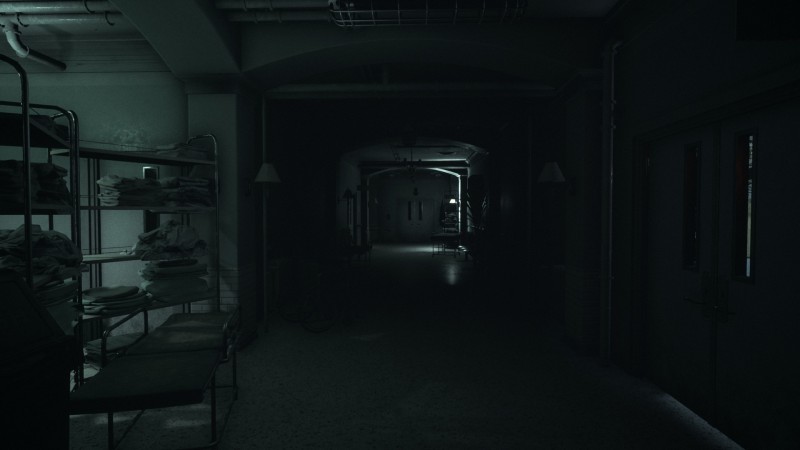 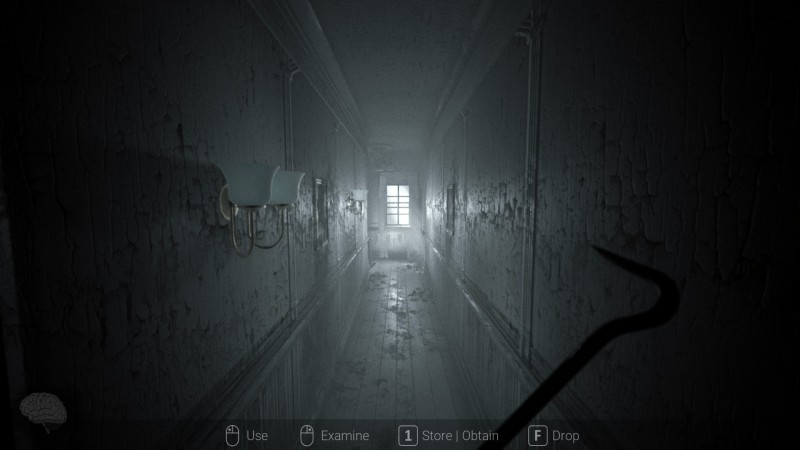 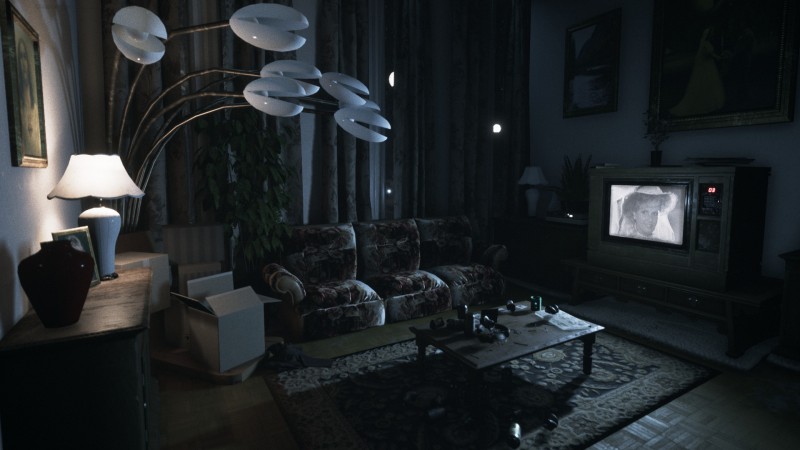 Visage is a journey into the psychological realm as well as the real, and you may find yourself transported to lost treehouses, grim cemeteries, psychiatric facilities, or even a supermarket during your explorations in the house. By doing so, you learn the tragic and terrifying stories of others who have lived in the cursed location. Each “chapter” is tied to a character and has its own puzzles, and they are thematically incredible journeys through both the real and the surreal. A camera identifies hidden threats and secrets during the panic of a flash as the only light source; mirrors take you to the depths of the bizarre; or the eyes are always watching you as you scramble from misshapen bodies in the hospital hallways. Each arc tells a tale with satisfying and horrible endings that convey the world that you’ve stumbled on. It’s not a happy one, and every environment and chapter keeps you buzzed with equal parts adrenaline and fright as you open each door and solve each challenge.

Along the way, light sources and pills keep your sanity high. Consumables are ostensibly limited resources, and you’re encouraged to be sparing with your sanity-restoring stock as the house messes with your mind by slamming doors, shutting off lights, or meddling with electronics. Let your sanity slide too far, and you’re likely to get a visit from something much worse than some muffled footsteps or a fleeting face. Using items the way you want is often a huge pain when interacting with the environment. Attempting to set candles down, arrange your inventory, or do just anything with your items is often an exercise of battling the controls.

Visage creates a palpable playground for fans of horror to revel in, tapping into different flavors of fear to create an unsettling experience. All too often, genre titles fall back on repetitive jump scares and shock value, but Visage lets the house burn into your brain and leaves you questioning every decision to open a door or descend a staircase.