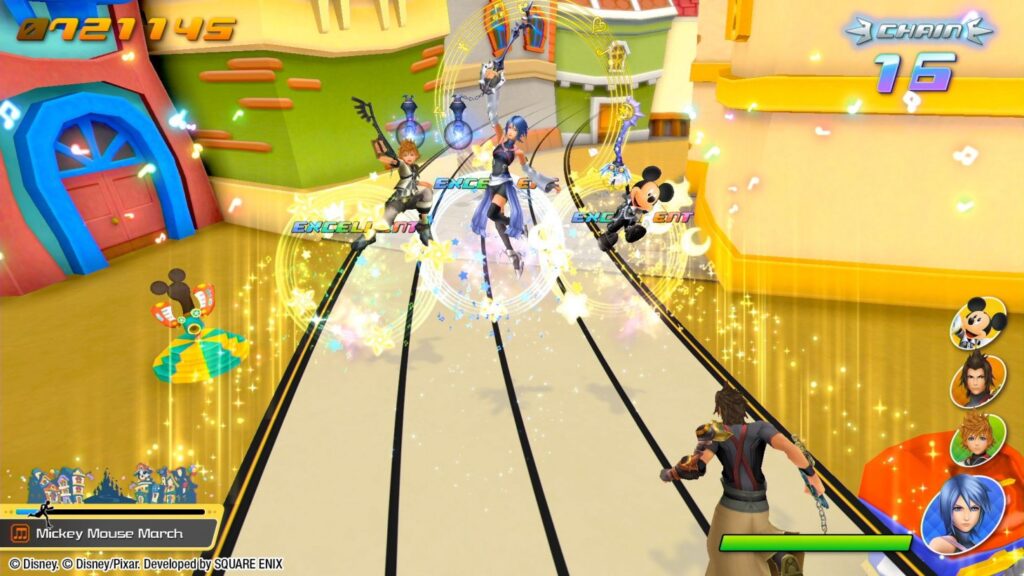 Since its 2002 debut, the Kingdom Hearts series has taken players on an unpredictable ride, containing everything from human replicas to time travel. One thing has remained constant, though: Stellar music. Whether it’s the poignant character themes or heart-pumping battle tracks, composer Yoko Shimomura has stayed at the top of her game, creating arrangements that have become core to the series’ identity. Rhythm game Melody of Memory is the ultimate tribute to this musical talent, offering a massive catalog of over 140 tracks to relive. The end result is proof that moving the spotlight onto this component wasn’t unwarranted. While not without its faults, Melody of Memory is a refreshing way to look back at Kingdom Hearts’ long journey thus far, and even gives fans just enough breadcrumbs to anticipate what’s next.

Melody of Memory has no shortage of songs, and I am impressed by how much content Square Enix has packed in. Expect classic tracks that have been integral to the series’ identity (like “Destiny Islands” and “Hand in Hand”) alongside popular Disney standbys (like “Let It Go” and “Under the Sea”). Even theme songs like Utada Hikaru’s “Simple and Clean” and “Sanctuary” are available. A rhythm game is only as strong as its library, and Melody of Memory delivers in that department, providing a great tracklist that instantly transports you to certain moments in time. I can’t play “Lazy Afternoons” without thinking about Roxas’ summer vacation, or “Go for It!” without reliving all the crazy tournaments I took on at Olympus Coliseum.

Don’t go into Melody of Memory expecting gameplay mirroring Square Enix’s popular Theatrhythm series. While there’s some inspiration and nods to its artstyle in the loading screens, Melody of Memory is a 3D experience that attempts to replicate Kingdom Hearts’ stylish action combat in a rhythm game shell. To execute attacks, you tap and hold buttons in time with the on-screen animations, chaining them for an even higher score. It sounds basic, but the addition of a jump button to hit airborne enemies or avoid incoming attacks adds more frenzy. You see your attacks connect in real time with the enemies on screen, which means the lanes are cluttered, sometimes making it hard to prepare ahead of time or see prompts. I liked the level of detail in the enemy design, especially having their aesthetic match up with the world’s, but a lot is always going on. 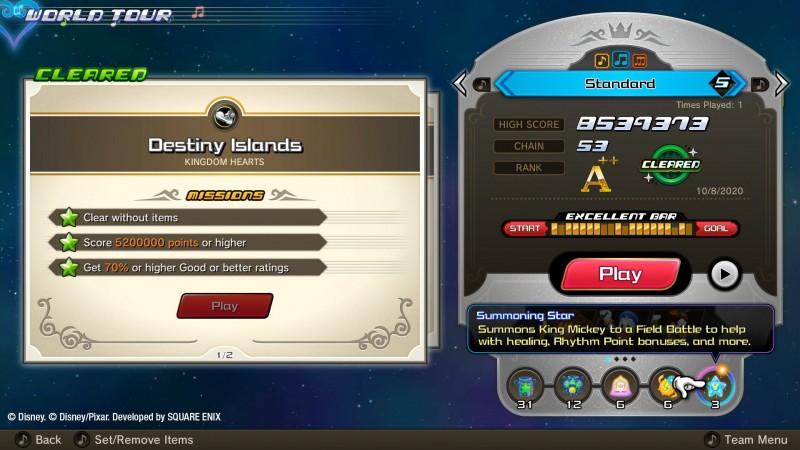 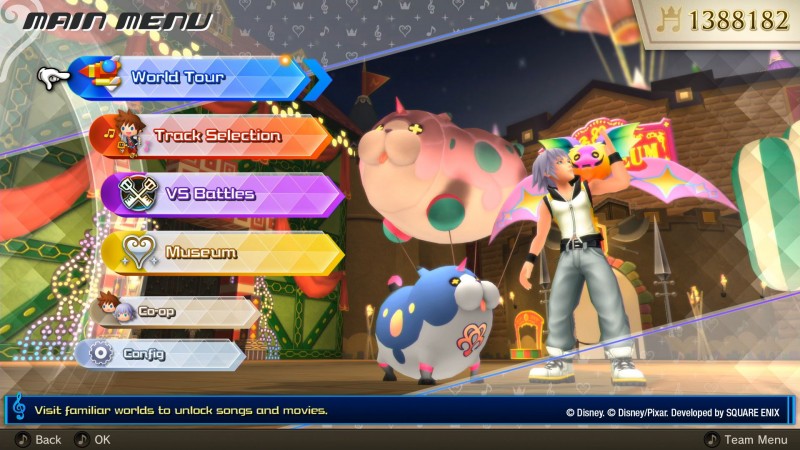 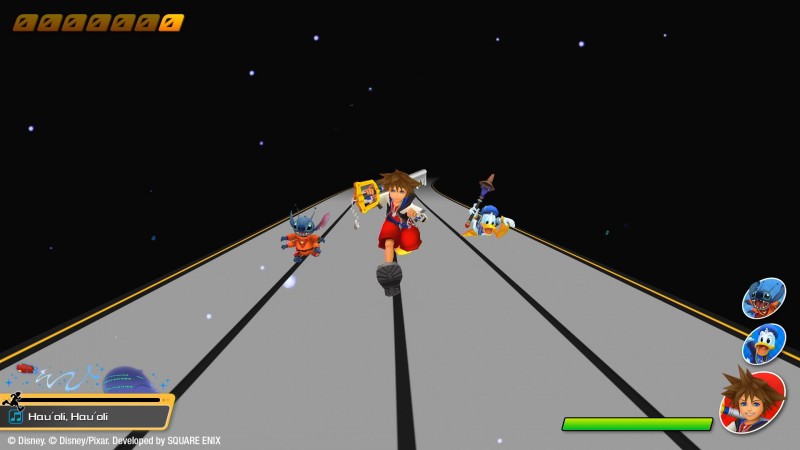 The main mode, World Tour, is the best way to unlock the majority of the songs. As you complete certain objectives to unlock new worlds, Kairi narrates pivotal moments in each game, explaining the big takeaways from the first entry all the way up to Kingdom Hearts III’s recent Re Mind DLC. I was disappointed that Melody of Memory doesn’t have many new scenes until the very end, but as soon as I saw the final moments, I had a new excitement for the series. Similar to the end of Dream Drop Distance, the finale provides clues and context, and it also sets up where things are going in the future. It feels like a good reward for going down memory lane.

The other bonus with World Tour is boss battles, which were my favorite part of the mode as they take a more traditional setup, clearing the onslaught of enemies on screen and challenging you with more holds and multiple button presses that determine the power of your hits and if you dodge incoming attacks. The small number of these boss battles is a big letdown, especially since they’ve always been a huge part of the series. Memory Dives function similarly, but instead of intense battle sequences, you tap to the beat over scenes from specific worlds, but the busy CGI can make it difficult to follow prompts. For some reason, all the Kingdom Hearts III levels are like this, which is disappointing, as it would have been cool to see battles play out with the newer Heartless designs.

Even after completing the main World Tour mode (which took me around eight hours), I’m still unlocking songs, chasing hi-scores, and finding new ways to experience them through the couch co-op and online versus mode. The only drawback with co-op is both players need to select the same skill level, so if your partner isn’t at the same level, one of you is left wanting.

For those concerned about difficulty, not only is Melody of Memory one of the easier rhythm games I’ve played, but it also has plenty of options to tailor the experience to your skill level. In fact, if there’s anything to knock at it, it may be that more advanced players may not find much of a challenge, even in Proud mode. For those players, there is an online versus mode to face off against the best players, and it also adds extra challenges, like allowing you and other players to use tricks that vanish enemies or put fake prompts on your opponent’s screen that they must ignore.

I didn’t realize how much Kingdom Hearts’ soundtrack has impacted me until I played Melody of Memory. As a fan of the series, I’ve always praised the score, but something about actually going back through various tracks and tapping to the beats on familiar backdrops showcased just how powerful these songs have been. Melody of Memory delivers great music and tons of unlockables to keep you listening.