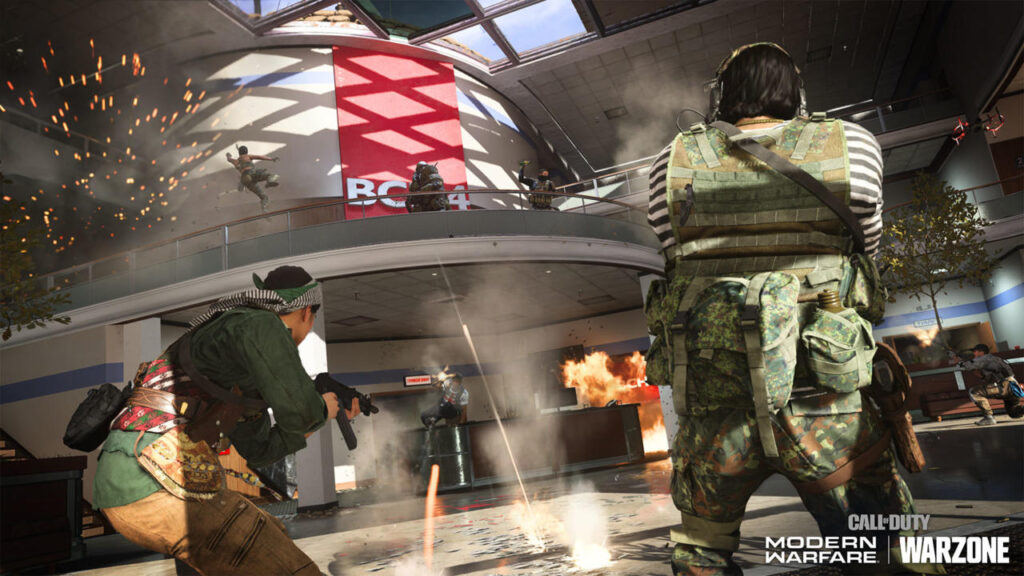 Season 6 of Call of Duty starts today at 11 PM PT and this latest update is jam-packed with new features. A new trailer teased what’s to come, but for those eager to know it all, here’s everything you need to know about what’s coming to Modern Warfare and Warzone.

To set the scene for Season 6, recently dispatched Nikolai and Farah discover a huge secret about Al Qatala’s operations in the city of Verdansk: They use the empty subway tunnels to travel unnoticed. By recommissioning the trains, Armistice is put back on track towards freedom from this dangerous international syndicate. These tunnels are key narratively and mechanically, as they facilitate this season’s new fast travel system in Warzone.

The Metro is your new way to speed around Verdansk in Season 6. It combines pre-existing points of interest with new stations, so players will now have a high-risk, high-reward option while navigating the city.

Traveling between stations happens in seconds, and players will be able to explore the stations before they board giving opportunities to find item spawns on the way to the platforms. The cars themselves have a retro look, but follow modern safety protocols; they won’t take you outside the safe area during battle royale matches and they cease to function if there’s conflict onboard. Fighting on the train is strictly a no no.

That said, fighting in and around the stations is totally fair game.

Armored Royale is the new Warzone mode coming in Season 6. It’s a battle royale variant that gives each squad an armored cargo truck, complete with turret, that doubles as your respawn point. As long as the truck is intact, you and your squadmates can return to the fight. But once it’s gone you can’t come back from a killshot. The last squad standing is the winner, regardless of the state of their truck.

Verdansk also has a new shipment of weaponry scattered across the map, giving players access to a new weapon rotation this season. You’ll be able to find these weapons on the ground or in supply boxes, and there will be a combination of familiar tools and new armaments to try out. Season 6 will offer up six common, ten uncommon, 13 rare, 18 epic, and 24 legendary variants.

The full version of Modern Warfare is getting four new multiplayer maps, one of each size.

Station is a rural train station in Kastovia and serves as the latest gunfight arena. It has a relatively simple design, but provides opportunities to find jump spots and varying tactical angles. This map embraces verticality by allowing you to climb every boxcar and passenger car, though these areas are more exposed. If you stick to the ground, there will be more cover in the way of crates and even tank parts.

Broadcast is a map franchise long-timers will recognize. It debuted in 2007, and is making its return for season six. As the name implies, Broadcast is an abandoned communications center that you’ll infiltrate in 6v6. It features plenty of tight corridors and even some limited verticality of its own.

Mialstor Tank Factory can be played in both 6v6 and 10v 10 modes, and its playable dimensions change depending on the lobby size. Either size will feature both indoor and outdoor combat as the focus of the map is the tank factory and adjoining warehouse which have accessible rooftops. Still, there are other buildings your squad will be able to explore including a workshop, a skybridge, a residential zone, a scrap yard, and a shipping area. Some of these will be sectioned off in 6v6.

Verdansk Riverside is a previously unlabeled map location that’s actually a suburban area located across the Gora River from the Verdansk International Airport. As you’d expect from a suburb, this map largely consists of two-story homes and buildings you’d find in a strip mall like a pharmacy and a chain restaurant. There’s also a small construction project of some kind that doesn’t seem to have an end date. This is a Ground War map, and will focus heavily on vehicles to navigate in and around the neighborhood.

Killstreak Confirmed is the new Kill Confirmed variant to shake up killstreaks in multiple ways. You can only rack up killstreaks by getting enemy dog tags, but your streak won’t reset if you die, so you’re going to want to keep hustling for those tags. This mode will also allow you to “wrap” killstreaks so you can earn the same one multiple times in one life. Whichever team collects the target number of dog tags despite killstreaks wins.

Get ready for the random weapon assortment of Gun Game to come to Team Deathmatch in Gun Game TDM. You get to choose your loadout for perks and equipment, but you’ll have to be prepared to use whatever you’re dealt once the match starts. Each kill with a given weapon cycles you through a predetermined list of weaponry. First team to the target kill count wins.

Headquarters is getting a new spin with HQ: Firefight. This mode gives a team score for both holding the objective and getting kills. After a team captures an HQ, respawns are disabled until the enemy team neutralizes it. The team that gets to the target score first wins.

Hardpoint: Hills and Kills is similar to HQ: Firefight; it gives a team score for holding hills and earnings kills. First team to the target score wins.

There are also nine trials this season to spend your trial tickets on, alongside additional side missions and challenges where you can earn blueprints and items.

This season’s battle pass comes with 20 tiers of free content for all Warzone and Modern Warfare players. Just by playing, you can earn a few blueprints, cosmetics, and some Call of Duty Points. The free tiers also provide opportunities to unlock multiple new war tracks to play while driving. Some of these war tracks come from outside the CoD universe, including DMX’s “Ruff Ryders’ Anthem.”

There are two new weapons that can be unlocked in the free tiers: the SP-R208 marksman rifle (Tier 15) and the AS-VAL assault rifle (Tier 31). The SP-R208 is a bolt-action rifle that’s one of the most accurate in its class. The AS-VAL is an assault rifle built for stealth and accuracy.

If you purchase the battle pass, all 100 tiers open up and you’ll get access to unlocking a variety of goodies. Farah and Nikolai are both unlockable operators, and the paid pass includes perks like double XP and weapons tokens, weapon charms, watches, stickers, emblems, and calling cards. The paid version of the battle pass also includes skins for operators and vehicles, additional weapon blueprints, and a new finishing move that features a pet bat named Edward presumably eating the faces of your enemies. Players can also look forward to some seasonal Halloween content coming to the store soon, and the Halloween event The Haunting of Verdansk will kick off October 20.

Please note that the Season Six update will have a download size of approximately 19.6 – 63 GB for owners of the full version of Modern Warfare and free-to-play Warzone, who are up to date with the latest update.

At launch on console, owners of the full version of Modern Warfare will also have to download the Compatibility Pack to access Multiplayer and Special Ops, and the Survival Pack to access Survival. File sizes for these two Packs are below:

Note that on October 1, Xbox and PC players can access the Survival mode.