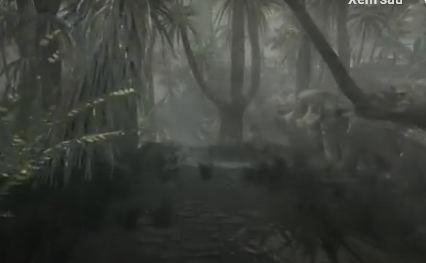 Beyond Skyrim is a collaborative project that brings together several teams of modders, each working to add a different part of Tamriel to The Elder Scrolls 5: Skyrim. We’ve seen impressive work being done by the Morrowind team, Bruma is already available in pre-release, and the Roscrea zone is also in progress. One location that seemed to be a long way off was Black Marsh, the swampy home of the Argonian lizardfolk, which is still described as being “in the concept stage” in the Beyond Skyrim FAQ.

Now we’ve got a first look at Black Marsh thanks to the developer diary above, and it seems to be coming along quicker than expected. There’s a lot of nice jungle landscape, some Imperial plantations and Argonian settlements, and a variety of new creatures including grazing reptiles with big, goofy yellow eyes and floating swamp jellies. They note they’re “experimenting with custom rigs and animations” to differentiate the creatures of Black Marsh from those of Skyrim, and show a lightning-blooded lizard called a wamasu looking pretty cool.

It seems to have been a productive time for modders of Bethesda-published games. The Brave New World voice mod for Fallout: New Vegas was recently released, and Skywind just showed off a completed quest from start to finish.