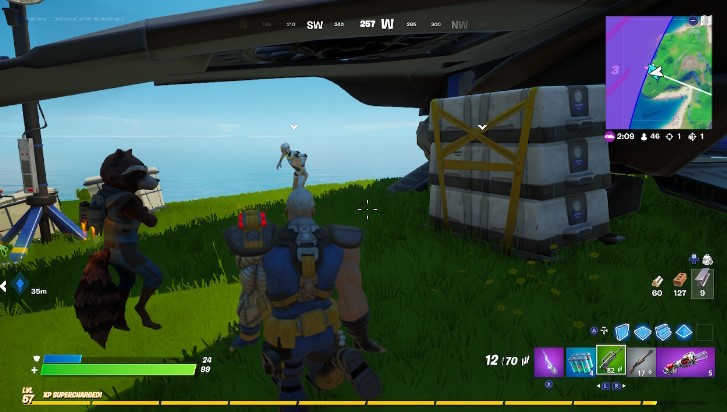 Fortnite’s Week 5 challenges are almost here. One of the challenges this time around is related to Iron Man’s Stark Industries, and it tasks you with making a Stark Robot dance. This guide will show you where to find the Stark Robots and how to make one bust a move so you can complete the challenge quickly and easily.

As of Thursday, September 24, this challenge now available in Fortnite, and it’s a fun one. What are you waiting for? Start getting those robots to dance!

Where Do I Find A Stark Robot?

Stark Robots are located at the Stark Industries named location on the map and at the various Quinjet landing spots. We’d recommend finding one of the Quinjets as Stark Industries can be a hectic place to land.

You can locate the Quinjet landing spots by looking for a small plane icon on the map once you leave the battle bus. The landing locations change with every match. Blue smoke also rising from Quinjet locations, making them easy to spot. You’ll need to fight all five Stark Robots there so make sure to loot up before heading over.

How Do I Make A Stark Robot Dance?

You’ll need to knock a Stark Robot to the ground by shooting it (don’t completely eliminate it, though), hack it by following the button prompts after walking up to its body, and then emote next to it while you have the robot hacked. Once you start a dance emote the robot will start to dance alongside you. After you boogie, you’ll finish the challenge.

What Do I Get For Making A Stark Robot Dance?

Aside from the pleasure of getting to watch a robot dancing, you’ll gain 25,000 experience points towards leveling up your battle pass and unlocking all the Marvel costumes it contains. You won’t want to miss any of them. You might also want to check out Rocket League’s new update to nab a battle bus car and complete the Fortnite-like challenges in the now free-to-play game. It’s available on everything from PS4 to Nintendo Switch.